It’s been a week of bad financial fortunes, one of those weeks when it feels like money won’t stop trickling through your fingers.

First off, my car is going for its MOT, and it’s service revealed that it would need two new tyres. I always put decent tyres on my car because I’m strong believer in the Sam Vimes Boot theory.

The reason that the rich were so rich, Vimes reasoned, was because they managed to spend less money.

Take boots, for example. He earned thirty-eight dollars a month plus allowances. A really good pair of leather boots cost fifty dollars. But an affordable pair of boots, which were sort of OK for a season or two and then leaked like hell when the cardboard gave out, cost about ten dollars. Those were the kind of boots Vimes always bought, and wore until the soles were so thin that he could tell where he was in Ankh-Morpork on a foggy night by the feel of the cobbles.

But the thing was that good boots lasted for years and years. A man who could afford fifty dollars had a pair of boots that’d still be keeping his feet dry in ten years’ time, while the poor man who could only afford cheap boots would have spent a hundred dollars on boots in the same time and would still have wet feet.

The only problem with that theory is that it means that you have to spend a whack of money right now. Roundabout tyres in East Belfast is reasonable enough, but it still stings a bit. £120 down.

As well as this, thanks to a mistake with my phone provider, I was out another £19.

Then followed a barage of small losses: like, I had to throw out 4 avocados that had gone off, I accidently wrecked a footstool I had up for sale on Gumtree, a pram I’d been saving “just in case we have a third baby” was discovered to be covered in mould and a pair of kid’s jeans I’d sold on eBay went as a parcel, rather than the large letter price I’d costed for. There went another £1.50. Debt by a thousand cuts.

Oh yes, and the massive rates bill arrived. I can’t remember how much it is exactly, but it’s definitely over £1000. We save each year so we can pay it off in one go. It only saves us about £40 by doing so, but that’s something, and it means we don’t have it coming out of our bank accounts each month.

To top all that off, I had a very poor week of eBay and Gumtree sales. I even had someone offer to trade me a haircut for an item up for sale on Gumtree. I didn’t reply.

I put some more things up on eBay to sell as well, including a brand new boardgame I’d debated back and forward about keeping. I decided to give it a try and if it didn’t sell I’d take it down again after a week. I posted it for sale at about 8pm, by 9pm it was sold.

That made me feel a bit better. 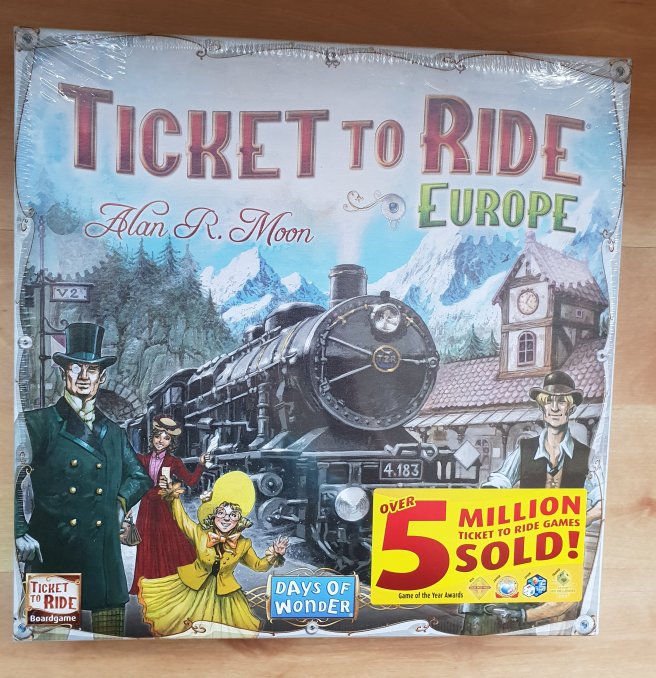 I’ve sold 2 other board games on eBay with decent returns. An Anhk Morpork game sold for £75, and a Game of Thrones one for around £40, so it’s clear there is a market for them. I’ll have to dig through the games cupboard and see if there are any more we don’t need.

I posted this one today using a Frankenbox, because the box I had was 3cm too large to be a small parcel. And yes, I know it looks messy (there was more tape to follow) it was secure, I recycled, and I saved £2.25- which made up for when it went against me earlier in the week. 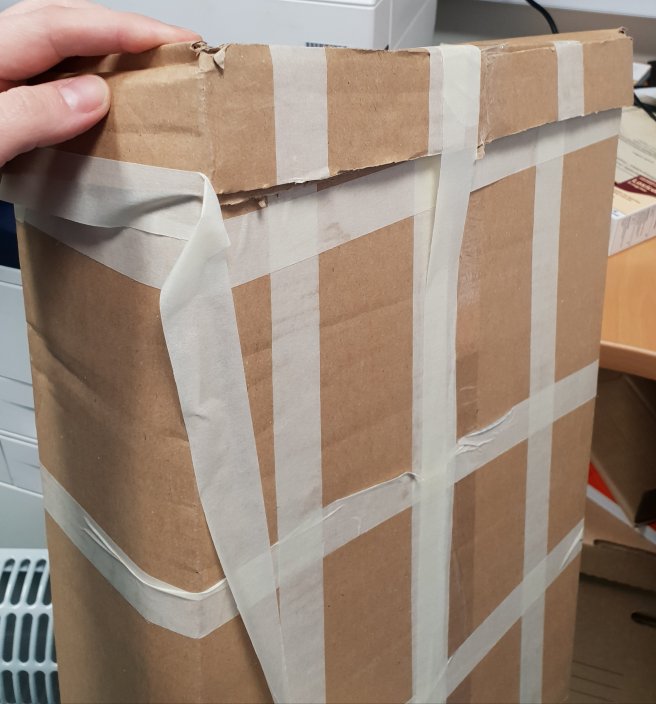 I’ve also listed a raincoat and a nice equestrian jacket on eBay and have relisted the Silver Cross pram on Gumtree. There are a few more things that I’ll post online this week or next during the Easter holidays.

I’ve put a box of books in the garage as part of the car boot pile for during the summer. I find doing car boot sales a bit stressful, but I’ve done pretty well at them almost every time I’ve run one. To be fair, I charge very little, as I’m mostly just clearing space, rather than recouping money, but hey, it all adds up.

My plans for the Easter holidays then is to go through the house and identify everything I want to put up for sale. I’m going to make more use of the auction, rather than the ‘buy it now’ feature just to get things moving.

I’ll let you know how I go.

Ooh, hey. I just got a bid on something!